Otam316 is a Mass Effect fan project. The concept is an ancient stock market tracker based in the Terminus Systems, famous for both its accuracy and dubious origins. Its creator is anonymous, albeit believed to have been batarian, given the archaic dialect that composes Otam136's native untranslated front page. The present hypothesis is that a VI has been acting as sole administrator for the site during the last two millennia, dutifully compiling data from reputable sources and updating its numbers in real-time ad infinitum (or at least until its power source runs dry). It is so widely used due to its invulnerability to manipulation. A news ticker scrolls across the top of the page. 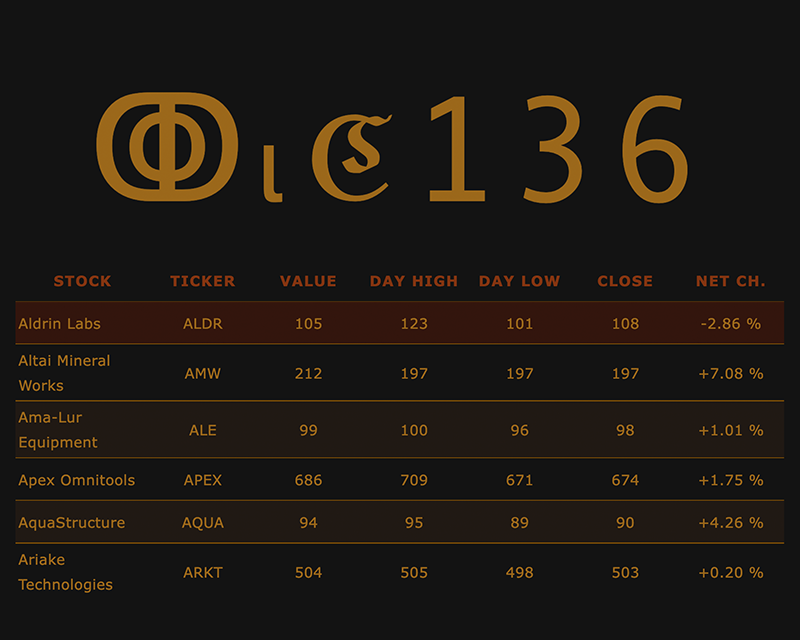